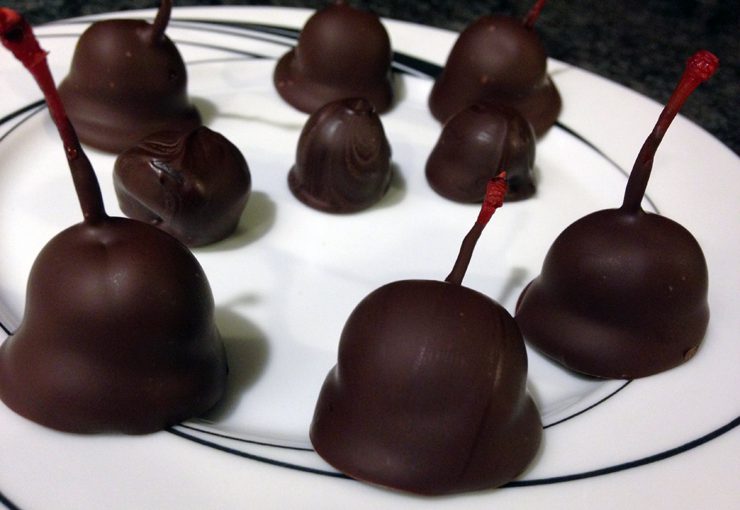 My husband is obsessed with chocolate covered cherries so this Valentine’s Day, I thought to make him some from scratch. Sometimes the ones you get in the box just aren’t that good or the filling is too much like frosting and icky sweet. Homemade is always better so I figured the same would hold true for my chocolate cherry cordials.

I decided to do a little experiment and try a few cherry variations. Some maraschinos were soaked in maple smoked bourbon, others in peach brandy and then I used Luxardo cherries and didn’t soak these at all. If you have never tried a Luxardo cherry, they are absolutely to die for. They are very pricey but the rich syrup they’re in makes for a wonderful cocktail ingredient. The only thing was that they don’t have stems so they were a little bit trickier to coat in fondant and chocolate, but I’m sure the end results will be worth the added hassle.

I had never tried to make something like this before and I must tell you, the original recipe did not work at all for me. When I went to go work with the fondant, it was still warm on my granite countertop but it had hardened to almost hard candy consistency! I had to scrape it off the bench and rewarm it in the microwave in order to even be able to work with it. Maybe you’ll have better luck so I’ll keep the instructions as they are written below, but I’ll add in tips in case you encounter what I did. I’m hopeful that even with the intense modifications I had to make, the cherries will still be delicious and the fondant will dissolve into a syrup after 48 hours of chilling.

After reading the comments on the original recipes, some people suggested not chilling on a slab and using your food processor instead. This will save your arms and probably your sanity too (this is why I should have read the comments BEFORE making the recipe!!) I’ll provide those instructions below too and you’ll have to let us know if this works for you. 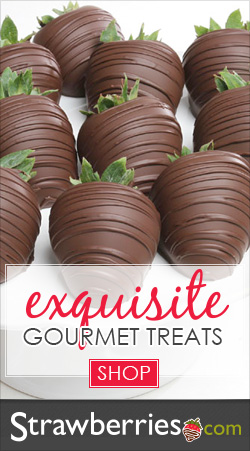